Aug 12, 2019, 13:02 PM by User Not Found
Dallas Airmotive to host special reception at the company’s stand on the last day of LABACE

LABACE – São Paulo, Brazil – Dallas Airmotive, a BBA Aviation Global Engine Services company, will celebrate the 10th anniversary of its Brazil Regional Turbine Center’s establishment with a special reception at the Latin American Business Aviation Conference and Exhibition (LABACE) on Aug. 15 at 4 p.m. The reception will be held at Dallas Airmotive stand #2006. 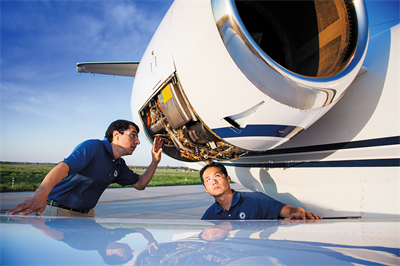 “The Brazil RTC has seen significant growth and development since first opening, and they are well-known in the region for the exceptional support of multiple engine product lines in-shop and in the field,” Jeff Turner, Dallas Airmotive Vice President of Sales & Service – Americas, said.

Turner said the facility’s success is largely due to its people, and he is confident the team will continue to enhance support in the region. Brazil RTC manager Wellington Amorim recently joined Dallas Airmotive to lead the facility’s efforts to further develop business in South America.

“Our team is focused on finding the best solution for aircraft operators and providing excellent customer service,” Amorim said. “I believe that is what truly sets us apart from other providers in the region.”

“We’re proud of the progress the Brazil RTC has accomplished in the last 10 years by growing our customer-base and ensuring operators are satisfied with the support we provide,” Turner said. “We look forward to the next decade of success.”

The Dallas Airmotive team invites all aircraft operators and industry peers to join them in celebrating the facility’s 10-year milestone at the reception or by visiting the company’s stand (#2006) anytime during LABACE. For more information about the event or to request a meeting with a Dallas Airmotive representative, visit this link or contact your Regional Engine Manager.