Mar 1, 2016, 13:49 PM by User Not Found
With new facility in Abu Dhabi and added capabilities in Dallas, global network has the resources and authorizations to support 65% of the world’s rotorcraft fleet

HELI-EXPO – Louisville, KY – Dallas Airmotive and H+S Aviation, BBA Aviation Global Engine Services companies, are excited to announce the addition of comprehensive service and support for PW200, PW210, PT6T engines along with the PT6C-67 (supported by H+S Aviation only) from Pratt & Whitney Canada (P&WC) to their global rotorcraft engine network. These additions provide the network with enhanced capabilities to benefit the majority of the helicopters in service today. 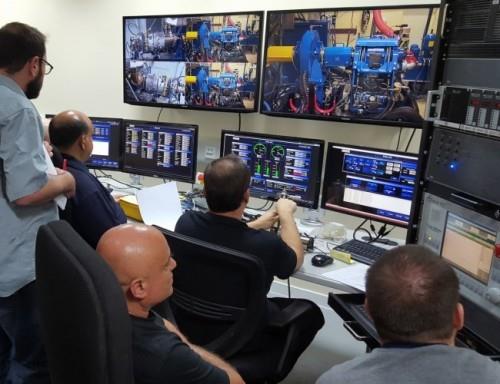 “Our goal is to be the number one provider of engine services in the rotorcraft industry,” stated Peg Billson, President and CEO, BBA Aviation Global Engine Services. “To get there, we have created a global rotorcraft engine network with the resources and authorizations to provide service and support to 65% of the global rotorcraft fleet.”

Billson explained that the test cell at the company’s new MRO facility in Abu Dhabi was recently certified for the PW200 and PT6C-67 series engines, which is a great benefit for customers. “With our onsite test cell and GCAA and EASA approvals, PW200 and PT6C-67 series customers now have an OEM-designated facility in the region to provide full engine repair and overhaul capabilities to get them back in the air and back to business,” she said.

Billson also explained that the company has expanded the capacity of its global rotorcraft network by adding PW200 and PW210 capabilities to its facilities in Texas. “We built out our rotorcraft MRO lines at our Dallas-based facilities so that we are able to service and support rotorcraft customers in the Americas for both the PW200 and PW210 series engines, in addition to our existing support of RR300 and M250 engines, as well as P&WC’s PT6T,” she said. Billson mentioned that more improvements were coming. “Dallas Airmotive’s state-of-the-art MRO facility and test center on DFW Airport is nearing completion, and will allow ever faster turn times for our customers,” she continued.

Both Dallas Airmotive and H+S Aviation will be attending Heli-Expo 2016. Stop by Booth 4356 for more information. Also, visit the companies’ websites at www.dallasairmotive.com and www.hsaviation.co.uk for further information.